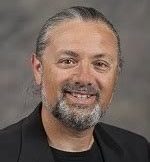 Craig has been with WSU for 26 years as a professor in psychology. He joined the provost’s office in 2015. From 2011 to 2015 he served the Faculty Senate in a leadership capacity, including a term as chair in 2014-15. In 2017 he received the Sahlin Faculty Excellence Award for Leadership.

Craig’s primary activity outside of campus is a weekly music radio show he hosts on KRFP.