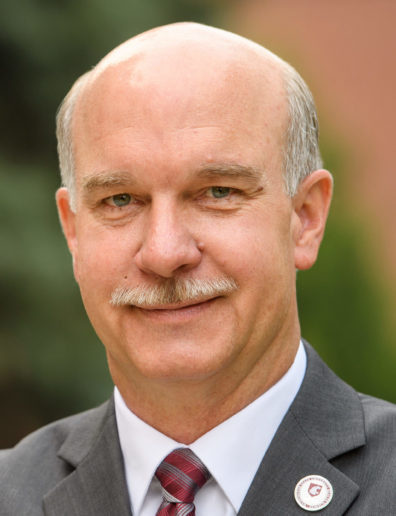 Land-grant universities like WSU hold a special place for Daryll, the fourth chancellor of WSU Spokane and a graduate of the University of Wyoming. He attended university at the same time as his mother—the first in their family to attend college. It was the most transformative thing Daryll has ever done.

During his career as researcher and professor, Daryll worked at Upjohn, pursued a Ph.D. in biochemistry at Texas A&M, earned a postdoctoral appointment with UC San Diego, and worked at Utah State University.

Daryll joined WSU in 2011 as dean of the College of Science and was soon tasked with merging it with the College of Liberal Arts. He was named chancellor of the WSU Health Sciences Spokane campus in 2017. He took on the added role of vice president of health sciences on July 1, 2019—reflecting the ongoing growth of WSU’s health sciences enterprise.