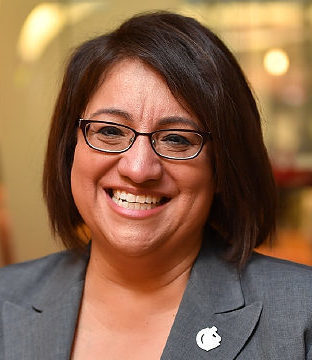 Mary Jo joined the WSU administration as the vice president of student affairs in February 2017. Serving as a system vice president, her responsibilities extend to 6campuses as well as the 22 departments on the Pullman campus that provide top-notch, specialized services to support every WSU student.

She is a nationally respected student affairs professional. She received one of the profession’s highest honors in 2018 when the Student Affairs Administrators in Higher Education (NASPA) Foundation selected her for a “Pillar of the Profession” award. She is currently serving a two-year term on the NASPA Board as the director of the Equity, Inclusion, and Social Justice Division. She has served in other capacities for NASPA since 2013.

When she is not working, Mary Jo enjoys spending time with her daughter, cooking, and traveling.