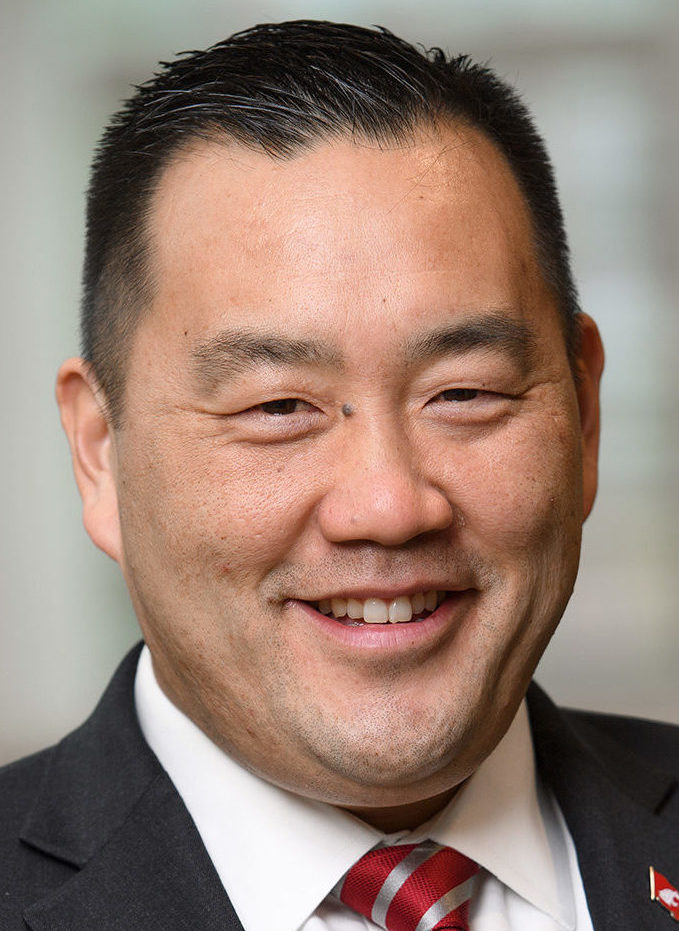 Since arriving in Pullman in January 2018, Pat has overseen a transformation of Cougar Athletics, on and off of the field. From record student-athlete academic achievements to record-setting fundraising, from transformative facility projects to innovative student-welfare programming, Pat has made an immediate impact on WSU.

Pat is the first Asian-American athletic director to lead a Power 5 school.  Prior to Washington State, he spent 5 1/2 years leading Florida Atlantic University athletics and the previous 15 years at Ohio State University in a multitude of roles from 1997 through 2012.

A native of Strongsville, Ohio, Pat earned a bachelor’s degree from Ohio State University and a master’s degree from Duquesne University. He and his wife, Natalie, also an OSU alumna, have 3 daughters: Vanna, Kennedy, and Gretta, as well as a family dog.